Ever heard of a tree that produces butter?

Well, Diploknema Butyraceus also known as butter tree is the one that does this job. The tree in itself is more than what we can account for. It is one of those marvelous plants whose each part has tremendous benefits.

Butter tree or also known as Chiuri in Nepal is a deciduous tree found mainly in the sub-Himalayan tracts on steep slopes, ravines, and cliffs at an altitude of 400 to 1400 meters. Chiuri has been an important part of the lives of the communities living in these areas. This one tree provides rich and nutritious butter, of course, but along with that it also is a source of sweet fruit, jaggery, resins, food for lactating cattle, and much more. In addition, Chyuri has a very important cultural value in Nepal, especially in the Chepang community where the people give Chyuri plants as dowries to daughters indicating its significance in the livelihood of the Chepang community (Bhattrai et al, –). 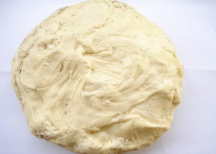 In today’s world where we are moving towards more plant-based food, this can be considered to be a boon. This white or yellowish-white butter has a distinct smell and taste and remains in a solid state up to 48 degrees centigrade. The Chiuri butter has a wide variety of uses and rightly so because of its nutritional value. Traditionally, Chiuri ghee (butter) has been used as edible oil and hence for cooking. This has also been used to light lamps in Nepalese households depending upon their availability in the area. In terms of its medicinal uses, it has been used to cure headaches, rheumatic pains, ulcers, itching, hemorrhage, inflammation of tonsils, chapped skin, etc.

The cake produced after processing of Chiuri is used as manure which has pesticide properties and is used on paddy fields and banana plantations by the local people. It is also used as a rodenticide, wormicide, and insecticide. During the production of the butter, a cake-like substance is obtained which is used as a fish poison. This is used as a substitute for chemical pesticides.

Because of its versatility, Chiuri products can be potentially used in different industries such as confectionery, pharmaceutical, vegetable ghee production, candle manufacturing, and soap making. It can be a great aid, especially for the vegan food and healthcare industry.

With great application potential, also comes the threat of exploitation. Hence, it is important to be cognizant of the importance of this tree in the ecosystem. Obvious of its array of uses, the tree holds a very important place in the local communities. As we move closer to leveraging the potential of this miraculous tree, it’s a must to work with these communities to ensure its sustainability.

+ There are no comments